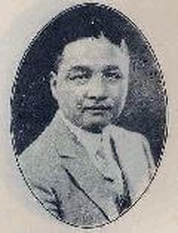 Han Liang’s political misadventure of January 1932 surely marked out the year as an “annus horribilis”, even before the January 28 bombing of Shanghai by the Japanese. But worse was in store on the personal front.
Although China was initially insulated from the western world’s Great Depression, the Ho Hong Bank was among the first China businesses to feel the global headwinds. First, its remittance business dropped along with prices for Malayan rubber and tin. Then on September 21, 1931, three days after the Japanese invasion of Manchuria, the UK and other countries went off the gold standard. Ho Hong's large holdings of British pounds, once a measure of its ability to hold its own in the forex business against the likes of Hongkong & Shanghai Bank, suddenly plummeted in value. At the same time, it had to cover deposits denominated in Hong Kong dollars. Despite Hong Kong's status as a British colony, the Hong Kong dollar was pegged to the Chinese dollar, a silver-based currency which was now appreciating.
​        Although Han Liang had left the bank two years before, at the age of forty and a bit, the formal evaporation of Ho Hong must have underlined like nothing else that he was both a retired government official and a retired banker – and still without children. Even his younger cousin, Han Yang, had already had two children, although the effort to set him up at the bank would soon come nought.
Pampered, unable to speak Hokkien and unwell herself, Mo-li was not a realistic candidate to take Peggy’s place at Grandmother Yu Koon’s bedside. And so it was decided that a nurse would be hired to help out while Peggy and Han Ho were away. It's not known if the young woman sent over from St. Elizabeth's Hospital was someone who had at some point previously taken care of Grandmother Yu Koon as an in-patient, but Grandmother Yu Koon definitely took a liking to the new arrival to Yuyuen Road.
Had Han Liang cared to be more cavalier, there was certainly ample precedent involving plenty of people well known to him: Sun Yat-sen and Chiang Kai-shek had both blurred the lines between divorce and concubinage to eventually marry their respective Soong sisters. Celebrity poet Xu Zhimo (徐志摩) not only abandoned an arranged marriage for another woman, but later also caused the break-up of the marriage of Ken Wang, Han Liang's Princeton classmate, for still another woman.

In early 1933, Peggy and Han Ho returned to Yuyuen Road with the promising news that they were expecting a child. Grandmother Yu Koon was close to the end, but they were in time to share the news with her. Now Peggy's mother-in-law wore her out with the job of procuring the garments necessary for a proper laying out and burial. Skirts and tops would be required in twelve layers. Grandmother Yu Koon died in late May or early June and Mary recalls that, as was customary, she was laid out at home for a week.
SOURCES