From 1897
The story of Mo-li’s father’s rise illustrates both the golden opportunities of the period and the promise for Han Liang in making such a match.

The Commercial Press’ top sellers included its Complete Library series (萬有文庫 Wanyou Wenku), magazines such as the biweekly Eastern Miscellany (東方雜誌 Dongfang Zazhi), which had a circulation of 15,000, Women, English Weekly, and countless other periodicals. It eventually had over twenty stores around the country, operated a library in Shanghai, and was also an early producer of popular movies. The Press was arguably the CBS or Amazon of its day, both creating and meeting the demand for new forms of information and entertainment for a fast-changing populace. In becoming a son-in-law of the How family, Han Liang also became a director of the company.

By the time Han Liang and Mo-li were married, her father ZF How had been dead for a decade – shot down on the streets of Shanghai in 1914 amid the complex cross-currents of early Republican politics. He had been a completely self-made man. Thanks to an American Presbyterian pastor who employed his mother as a servant, How became an English-speaker and a Christian. The pastor had decided an education was in order for the promising eleven-year-old after How made his way from the family village on the outskirts of the city to the pastor’s home in Shanghai in order to find his mother.

For a time, How worked at St. Luke’s Hospital as a medical orderly, a new occupation that initially attracted mainly young men associated with the church. He then found employment as an English-language typesetter with the influential North China Daily News (字林西報 Zilin Xibao) and China Gazette (捷报 Jie Bao). Most linotype setters knew no English at all. 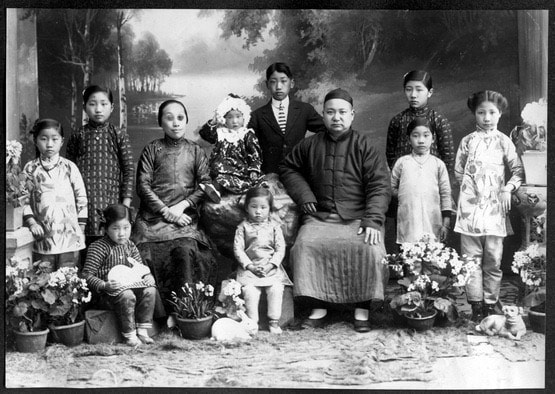 ZF How and his family, presumably photographed in a studio around Easter 1913 (courtesy of J Suez)
In 1897, How, former classmate Bao Xian’en (鮑咸恩), a brother of Bao, and a few others were working as printers’ apprentices. They decided to set up their own press. Initially, they were a pure print shop, producing such items as account books, ledgers, and also bibles. Then in 1898 the company found its niche when it published a bilingual primer for English-language learners – 華英初階 Huaying Chujie. It became a runaway bestseller. As the government revamped schools, How’s press became the country’s premier textbook publisher and soon branched out into all kinds of general publications and magazines that targeted the public’s insatiable demand for knowledge of the world.

How built an extensive production facility on a compound in the northeast Hongkew area that was home to so many of America's original missionaries and the institutions they established. The Press compound extended over an area equivalent to many city blocks and included the How house. (An old postcard view of the corporate campus may be seen on the Taiwan Commercial Press website.)

Further consolidating the business, How married a Bao sister (at the time, their surname was romanized as "Bau"). Her family members were also practicing Christians.

When How was assassinated in 1914, his death and subsequent lavish funeral cortege were reported in The New York Times. 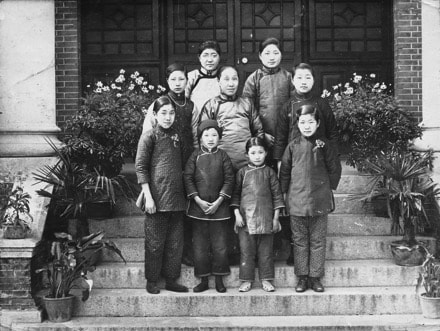 The widowed Mrs. How (nee Bao/Bau) and her eight daughters. Mo-li is back row left with glasses. They stand outside the family home which was on an enormous Commercial Press campus in Hongkew (albums of LH Quon) 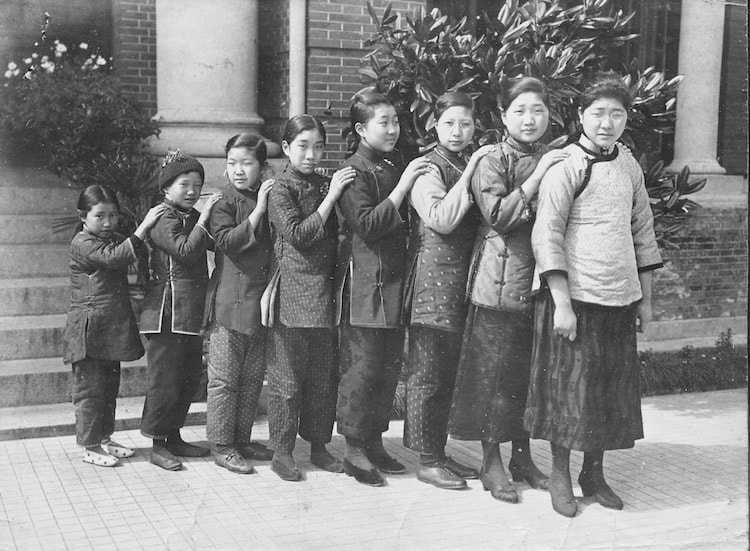 The girls are lined up by age, with #1 Mo-li at the far right in glasses, even though in future photos, it would always be Ruth who wore glasses (albums of LH Quon)
SOURCES