University of Michigan, 1911-1913
In 1911, Han Liang entered the University of Michigan as a freshman in the Department of Engineering. He used his own name, and not the alias used at Tsinghua and aboard ship. He was one of fifty-six students from China – the Boxer scholarships were not the only means to study abroad. Half were studying engineering like him, which would have pleased the Qing authorities who made every effort to steer students to practical majors that would directly contribute to nation-building. About a quarter were enrolled in the Department of Literature, Science and Arts. Three were studying law.
Michigan had forged close ties to China after the university’s previous president, James B. Angell, took a leave of absence to serve as US Minister to China.
As a result of the Angell connection, Michigan became home to a popular Chinese exhibit left over from the 1884-85 New Orleans “World Industrial & Cotton Centennial Exposition”. Widely considered the highlight of the fair, it featured a pagoda and life-size mannequins illustrating every aspect of cotton cultivation and manufacture.

Because of Angell, Michigan also became one of the top three destinations for Tsinghua students in the 1910s and the second largest grantor of degrees to Chinese students, after Columbia, up to the 1950s.
Han Liang and his fifty or so countrymen were the largest group of foreign students at the university. The next largest contingents came from Canada (23), India (11) and Japan (8), plus a smattering from twenty other countries and regions. Together they made up less than 3% of Michigan's student body of 5,000-plus. In the following year, the number of Chinese students would jump to eighty. 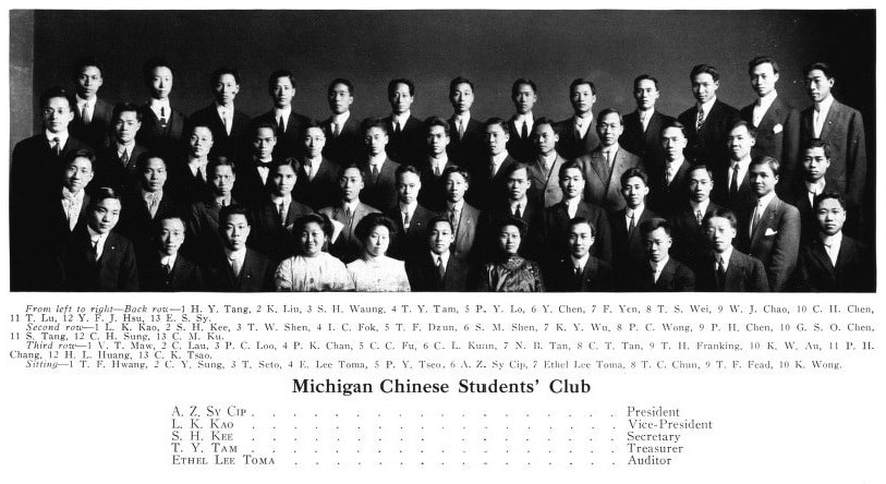 According to the original caption, Han Liang is in the 3rd row from the top, 12th from the left – or 2nd from the right – with a handkerchief in his pocket. In front of him with glasses and center part is Ken Wang (Wong is a misspelling) who would re-enter his life in 1913, and between the female students is Albino Sycip, a law student, Amoy native and Anglo-Chinese College alumnus, who would offer Han Liang a job in 1920.
Michigan’s first semester opened on October 3. One week later, the Qing regime was toppled – a long anticipated event whose precise unfolding came about through happenstance.

One wonders how long it took for the momentous news to reach Han Liang and the other Michigan students. China's most high-profile political activist, Sun Yat-sen (孫中山 Sun Zhongshan, 1866-1925), was also in the US at the time and he only learned the news a week later while in Denver. He was on another of his many fundraising and promotional tours that took him across the globe. A generation older than Han Liang, Sun had been a medical student in Hong Kong seriously beginning to plot revolution at the time Han Liang was born. Ten years earlier he had tried to orchestrate an armed uprising much like the one now taking place.

Revolutionaries in Hankow (漢口 Hankou) had been assembling bombs and planning insurrection with a branch of Sun's Tongmenghui (同盟會 Tongmenghui) resistance movement, but they hadn't planned for their cache to explode on October 9. On the very next day, with their hand forced, the plotters precipitated a mutiny within the local division of the Qing court's "New Army". The troops were based across the river in Hankow's sister city of Wuchang (武昌). The Wuchang Uprising became the start of the larger 1911 or "Xinhai" Revolution (辛亥革命 Xinhai Geming) – to use the Chinese calendar name for 1911. The date of October 10th – called "Double 10th" – also remains the day on which Taiwan celebrates its National Day.

One by one China‘s southern provinces declared their independence. Amid the unrest, Tsinghua Imperial College, which had only opened six months earlier, sent its students home and closed for what would end up being a half year recess. Han Liang's brother, Han Ho, was presumably still studying in Foochow. 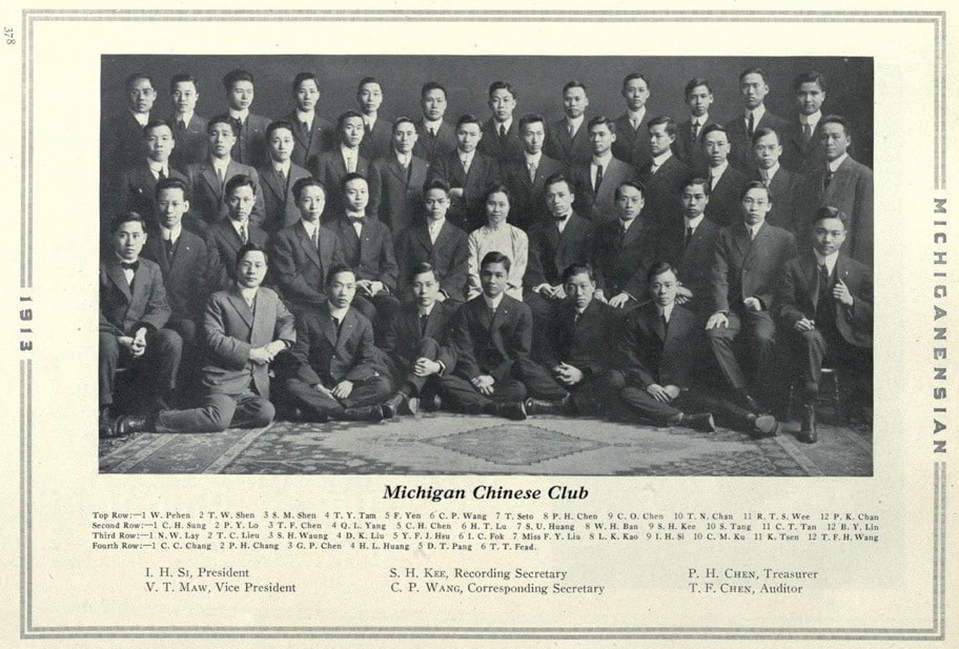