1937
This new routine of business and family was not to last long.

In the summer of 1937 Paul, at barely half a year old, was the baby of the family, and all-out war with Japan was imminent.

Trouble had been brewing for the better part of a decade. Arguably, war with Japan and the start of World War II for Asia had already begun when Japan invaded Manchuria in 1931. Now as war pressed closer, not every family had the means to respond like the Huangs. Four years into their marriage, with three young children in tow, Han Liang and Zing Wei fled to Hong Kong ahead of the Japanese invasion of Shanghai.

The immediate trigger for an all-out declaration of war was a skirmish between Japanese and Chinese troops outside of Peking on July 7, now known as the Marco Polo Bridge Incident (七七盧溝橋事變 Qiqi Lugouqiao Shibian). It’s not known exactly when the family fled but they were well clear of Shanghai by the time it became a battle zone in mid-August.

Zing Wei's home city of Wuxi came under heavy bombardment during this time. The whereabouts of the Sun relatives who had taken care of her are not known. By November, the city had fallen, and in December, the Japanese took the KMT capital of Nanking. The following weeks of violence and destruction were so horrific and on such a massive scale that they are known as the Nanking Massacre or “Rape of Nanking”.

The Huangs were spared the Battle of Shanghai and its immediate aftermath. At some point during the summer, feeling that even the foreign concessions were no longer safe, Han Liang and Zing Wei made plans to leave Shanghai. With May, Peter and Paul, they departed 1055 Yuyuen Road to stay temporarily with Han Ho’s family at 10 Rue Molière (now Xiangshan Lu 香山路). Located in the French Concession, the house was believed to be safer than the Yuyuen Road House. It also had better access to the waterfront, which would be their exit path.

The house had been a residence of Sun Yat-sen. Han Ho’s daughter, Mary, believes her family lived there for about two years through an arrangement with family friend Sun Fo.
The boys' big sister May would have been three at the time, and Lulu only half a year older. Mary was the only one old enough to be enrolled in school. She attended the Jue Min Xiao Xue (覺民小學) on Tifong Road (地豐路 Di Feng Lu, now 烏魯木齊北路 Ulumuqi Bei Lu). With its revolutionary name meaning "Awaken the People", it had been started by writer Lin Yutang, a family friend since at least Han Ho's University of Amoy days.

A tender took them out to deeper water to board an American President Lines’ ship headed for Hong Kong. Mary felt very, very tired, but in the end they all managed to board the SS Hoover safely.
​
Mary recalls that upon arriving in Hong Kong, until they could find their own accommodations, the two families were guests of Robert Hotung (何東 He Dong). Sir Robert was Hong Kong's wealthiest man, so if this were the case, he would have been kept busy during these years, extending hospitality to many a high-end refugee.
A GLIMPLSE OF WHAT THE FAMILY WAS SPARED 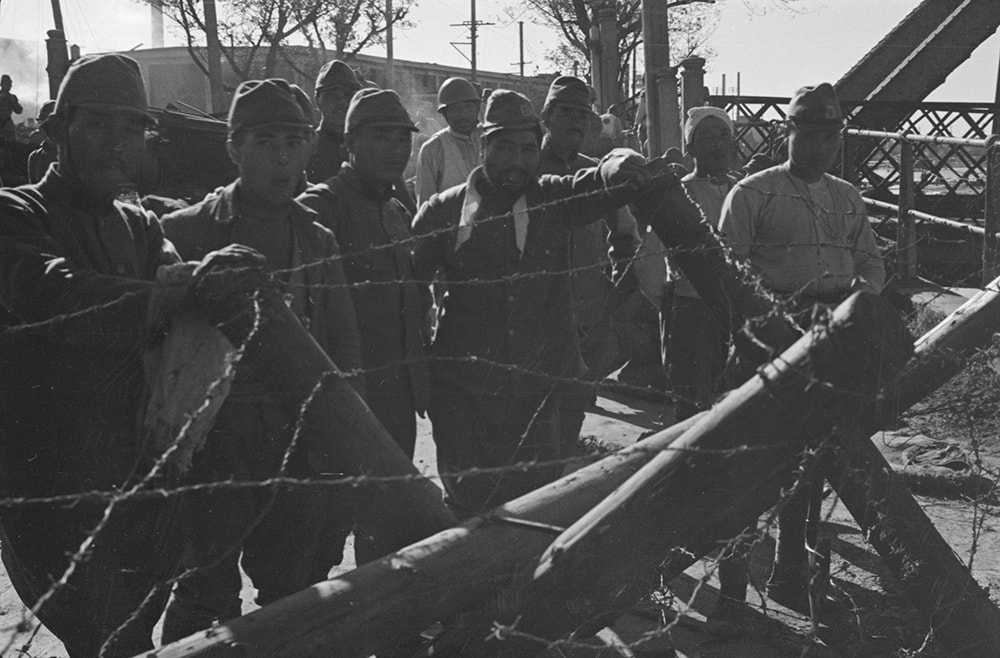