August 1911
Han Liang and his classmates were making scholarship history as members of the third Indemnity cohort and as Tsinghua's first class. But at this moment, though respected, these credentials were still unproven. They would only become real badges of honor in the years ahead as Tsinghua developed a reputation not just for preparing Boxer Indemnity students but as a university in its own right, and as the scholars' own achievements multiplied. In the late 1920s Tsinghua would become a purely Chinese-run university, but for its first decade or so, it offered itself up as an American school on Chinese soil with mainly American teachers, textbooks, and even buildings constructed at considerable expense with American materials.

Han Liang and his sixty-two classmates were among an eventual 1,800 students sent through the Indemnity program between the years of 1909 and 1940. Tsinghua exists to this day and is still considered China's top university. But at the time, it was just another educational experiment made possible by the times. They were the promise of their fractured nation, but not yet its pillars.

At some point, late in the summer, their group headed from Peking to Shanghai, presumably with chaperones. We guess that they may have traveled by train from Tientsin (天津 Tianjin). Whether visiting Shanghai for the first or time not, there must have been palpable excitement as they drew close to this exciting city and began to think about their goodbyes – either to family and friends who would be seeing them off if they lived nearby, or to the unfamiliar cityscape which would have to stand in for "home" for those like Han Liang far from it.

There would have been passage to book, wardrobes to procure, and perhaps personal grooming to attend to: family anecdote relates that Han Liang arrived in the US still coiffed with a queue, the Qing-mandated pigtail. Most sources suggest that Tsinghua students had their hair cut and Western suits made before they left China. That way they would arrive in the US looking like the international figures they were meant to be. Cutting their queues was now officially sanctioned, not an act of defiance. Whenever the transition took place, there must have been some awkward weeks as the young men's hair grew in across their foreheads for the first time and they adjusted to more form-fitting garments.
On August 10, Han Liang and his classmates boarded the Pacific Mail Steamship Company's SS Persia. On passenger lists, Han Liang was listed under the “Kuo Tong” alias which he had used on the exams (#17  on first image below, and #47 on second image). 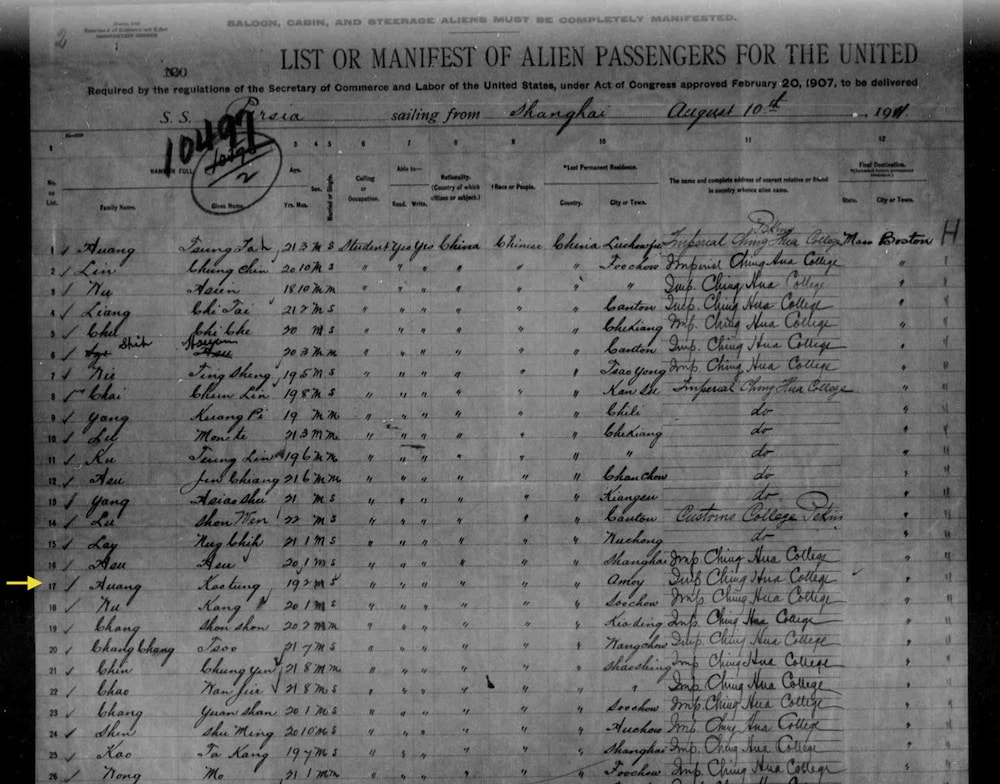 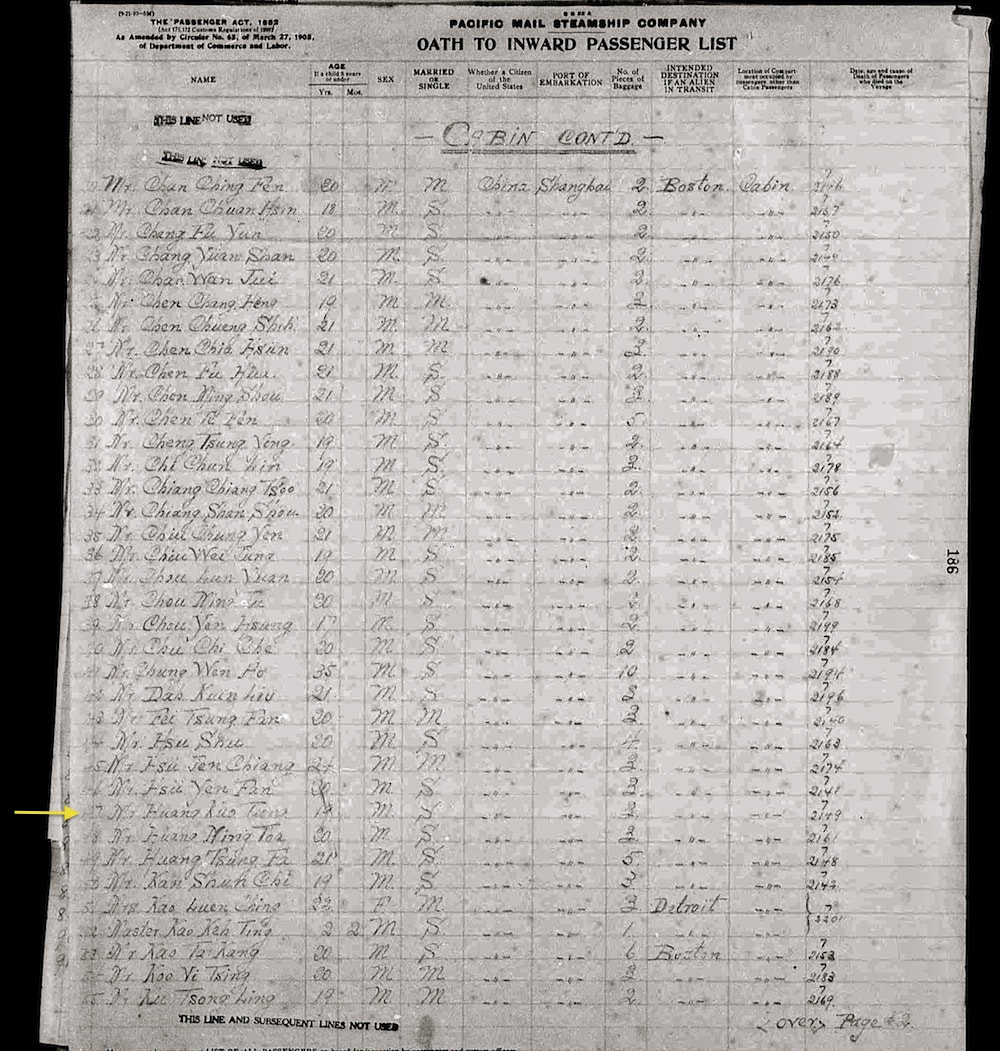 His age was given as nineteen years and two months, although he is believed to have been closer to twenty. The sailing to San Francisco would take about two weeks, with a stop in Honolulu and possibly stops in Manila and Yokohama. Their onward travel would have been by train. On the ship’s manifest, the students’ final stop was noted as Boston, but we do not know if Han Liang truly traveled that far east, for at some point he selected or was assigned a spot in the midwest at the University of Michigan.
SOURCES