Princeton University Senior Year, 1914-15
After his first year at Michigan (1911-12), Han Liang had already given up engineering as a course of study to move to the Department of Literature, Science and Arts. With his move to Princeton in 1913, it becomes clear that his chosen area of interest was economics and politics. At Princeton, he was able to study under a big-name faculty that included quite a few Wilsonian-style progressives, as well as an advisor to Chinese President Yuan Shikai and another future advisor to China.

He appears to have done well. He's known to have earned membership in the academic honor society Phi Beta Kappa, and according to his niece Mary Gee, he was particularly proud to have been among those few admitted in their junior rather than senior year. As a girl she was fascinated by the Phi Beta Kappa key that always dangled proudly from his vest pocket. It would have been engraved with his name, university, and year of award.

The start of Han Liang’s second and senior year at Princeton (1914-15) would have been marked by two major events: the precipitous start of war in Europe and the arrival of his brother Han Ho from China. It was more than three years since the two had seen each other.

Han Ho, two years younger than Han Liang, had been selected to go to the US in 1913 through a similar process as his brother. But because of a lack of government funding, Han Ho's group remained at Tsinghua for an extra year, with the result that they traveled to the US with the 1914 cohort, as well as with Tsinghua's first female scholars and a group of younger students selected to enter US high schools. 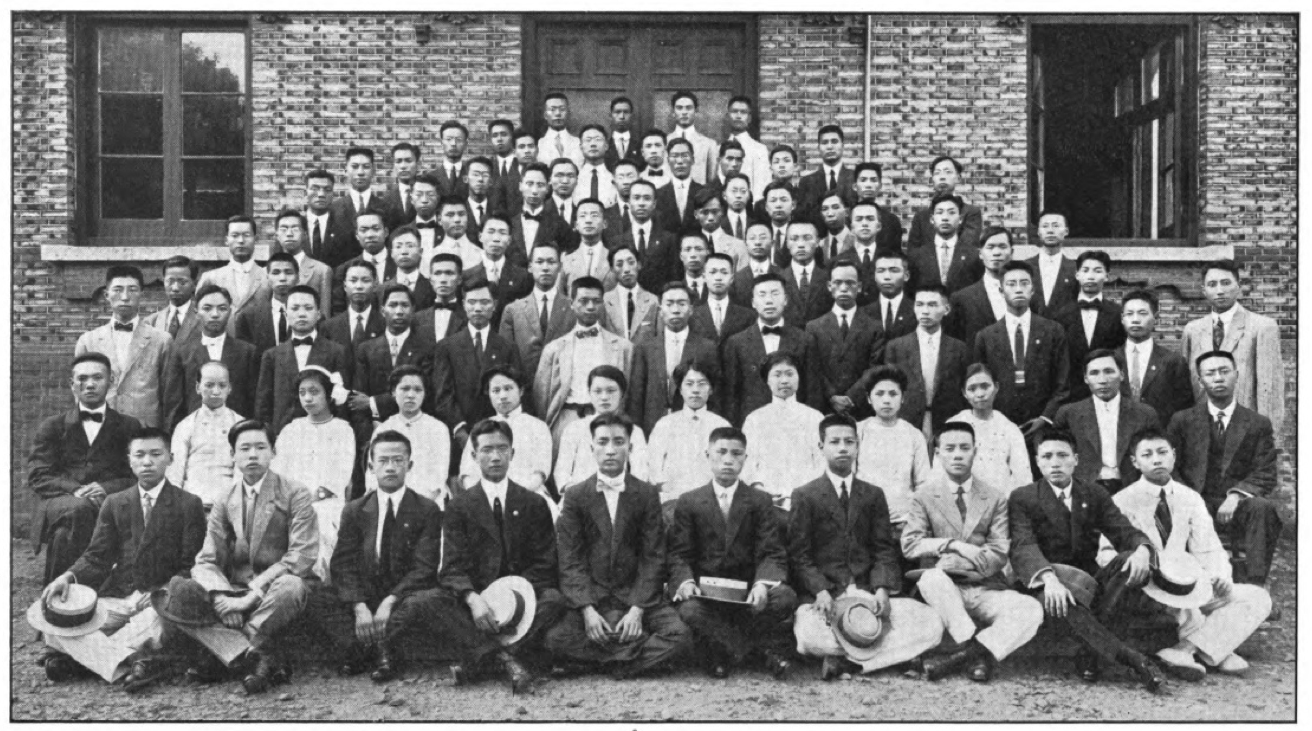 Han Ho was part of a Boxer Indemnity cohort that was selected in 1913, but only traveled to the US in 1914. This photo was taken in Shanghai before their departure. (http://www.tsinghua.org.cn/publish/alumni/4000347/sec_index2_1914.html) 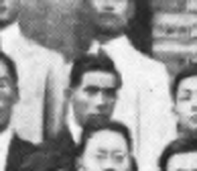 Could this person near the back row be Han Ho? A number of later photos show him in this stance.
Would Han Liang have arranged to go to Boston meet his brother to show him the ropes and to catch up on all that had transpired in the intervening years and months, or perhaps meet him halfway in New York City? Either just before or after Han Ho’s arrival, they would have learned how the unfolding European war was ensnaring China. In late August 1914, Japan declared war on Germany and attacked its naval base in Tsingtao (青島 Qingdao) in Shantung Province (山東省 Shandong Sheng), eventually seizing control of all German territories in Asia and the Pacific.

Entering MIT in 1914, Han Ho was at least initially a member of the Class of 1918, but records suggest he graduated early in 1917 after completing his undergraduate thesis on the topic “Concentration of an antimony ore, ore no. 2539”. Antimony was an element used to harden metals in the manufacture of arms, and China had large proven deposits of the element. As one of sixteen students working toward a BS in Mining Engineering and Metallurgy out of a total class of close to 300 students, Han Ho was in a decided minority at MIT, but a career in the mining industry made sense, given China’s ambitions to develop its industrial and military might.

By contrast, Han Liang's military interests appear to have been confined to awareness-raising through the Whig Society. His extracurricular affiliation to this vaunted group seems to have played almost as important a role in his life as his formal studies. Although Whig had ended its life as a secret society shortly before Han Liang arrived at Princeton, and no longer operated as a nearly autonomous college as in the century before, it was still a vigorous entity with its own building. It regularly vied against the older “Clio” or Cliosophic Society and other universities’ debate teams to bring the discussion of contemporary issues to campus. (In another fifteen years, Whig would fade into the role of a mere speakers’ union, conjoined with its chief rival under the name “Whig-Clio”.)
On June 15, 1915, Han Liang and his three fellow Chinese classmates were among 277 undergraduates to receive a Princeton degree. The New York Times allocated a full page to print the names of all degree-earners. Han Liang was listed as “Han L. Huang”. The notables granted honorary degrees included inventor Thomas Edison, then in his late seventies, and George Goethals, builder of the Panama Canal. Did Han Ho travel from Boston to attend his brother’s graduation?
HAN LIANG'S PRINCETON PROFESSORS