​After Mo-li and Han Liang's separation, Mo-li returned to live with her mother, her #5 sister Rhoda, and Rhoda's young son, Julian Suez. ​

​The family's original house, on the vast Commercial Press compound, had been destroyed during the 1932 bombing of Shanghai. It's not known where Mo-li's mother was living when she rejoined them, but by coincidence, they would move to Yuyuen Road very close to the Huang house for several years during the early part of the Japanese occupation, during pretty much exactly the same that the Huang family was in Hong Kong (1937 to 1942).

Mo-li didn’t hide away. Han Ho’s family would periodically see her at the American Community Church. Apparently, she even traveled to the 1936 Olympics in Berlin, where a Republic of China team competed seriously for the first time as a show of national honor. The How family descendants speculate that the fact that she could make such a trip is evidence that she was amply provided for by Han Liang. Capable #2 sister Ruth apparently helped manage Mo-li's finances. 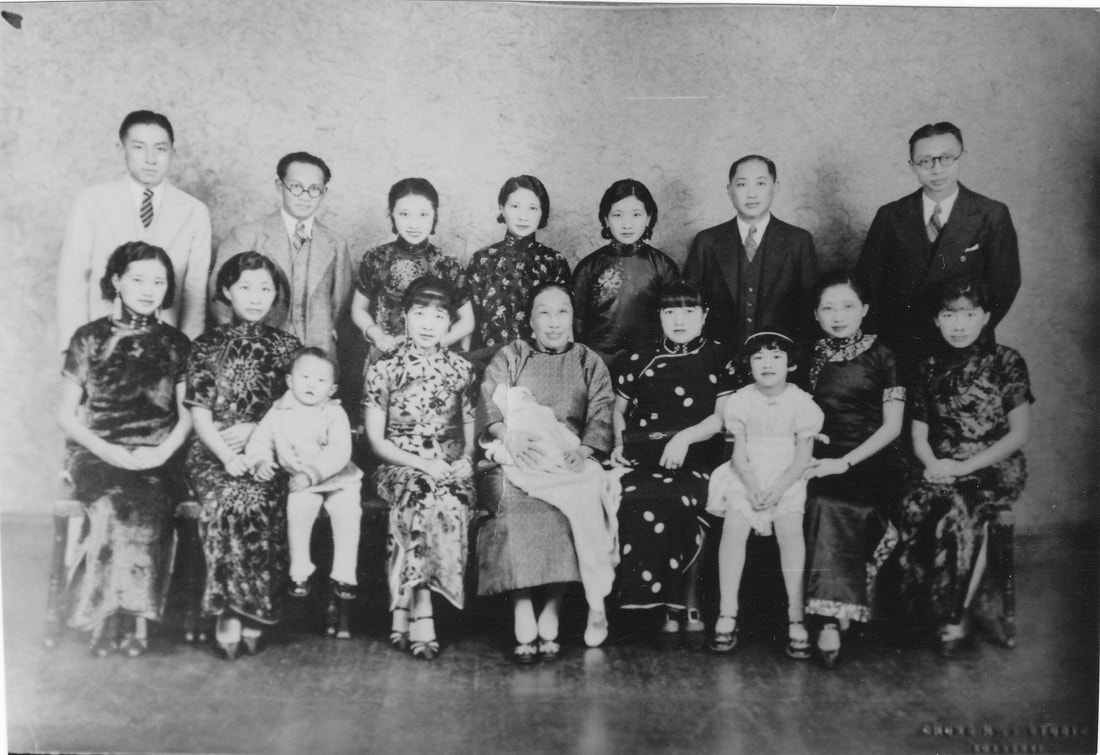 The last time the How siblings were all together in 1933 or 1934. The unmarried sisters stand at the back in the middle, left to right: #6 Loo-ming, #3 Louise and #8 Loo-yuin. The others are, left to right: #7 Loo-ing & Wang Gongfang (王恭芳), #4 Loo-mei & Nelson Chiang with son Louis, #1 Mo-li, their mother, baby Julian Suez, Bang How & Rose Ng-Quinn with daughter Julie, #2 Ruth, #5 Rhoda & Albert Suez (courtesy of J Suez)
THE HOW SISTERS
​        Some of the How sisters used their Chinese names, as did Mo-li, while others went by their English names. Their educational choices were similarly mixed. They attended the McTyeire School – the Chinese name of which made clear its hybrid nature: 中西女校 Zhongxi Nüxiao, lit. "Chinese-Western Girls' School") – just like the Soong sisters and later Han Liang and Zing Wei's daughter May. Afterwards, some of the How daughters went on to study abroad: Mo-li to Simmons College, Ruth to the New England Conservatory, Louise to Oberlin, Loo-mei to Julliard. Rhoda and Loo-yuin attended the missionary-run University of Shanghai.
In photos, they always organized themselves in odd/even groups to help with identification. The following photos are mirror-image arrangements:
​        Despite the large size of their family, the siblings had relatively few children and there are no descendants surnamed How. Bang's one child, Julie Lien-ying How, became a noted China scholar but sadly died at a young age. It's believed that all or most of the How descendants now live in the US. 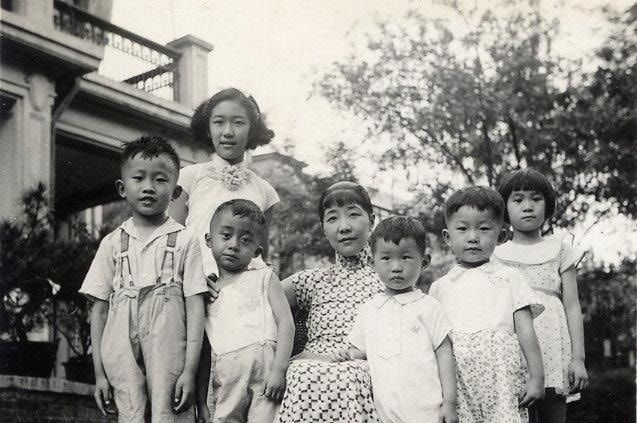 Mo-li with nieces and nephews, Easter 1937. Left to right: Louis Chiang, Julie How, Julian Suez, Mo-li, Paul Chiang, another nephew, and Sydney Ng-Quinn's #7 daughter Rose, who was named after #7 Aunt Rose, Bang's wife. Young Rose spent an extended period during the war out of Hong Kong with her relatives in Shanghai (courtesy of J. Suez)
MO-LI'S HEALTH